October 1 through 31 has been designated Breast Cancer Awareness Month since 1985. It was the a result of the partnership between the National Cancer Society and Imperial Chemical Industries’ pharmaceutical division. The purpose was to make the

public aware of the efficacy of getting regular screenings and mammograms to catch symptoms early.

Both women and men can get breast cancer. The stats for women are higher – 264,000 a year – but men account for about 2,400 cases a year. Some signs of breast cancer include:

Some people, however, have no symptoms, which is why regular mammograms and screenings are import.

Treatment is where CBD topicals come in.

CBD topicals are uniquely suited for radiation treatment because they are applied topically. Radiation occurs after surgery has removed cancerous cells or mass. These high energy rays blast remaining cancer cells but also healthy cells, and can even shrink tumors. However, everyone responds differently to radiation treatment. Plus, the amount of radiation you receive is a factor in the scope of side effects.

Although there is a lot more information on side effects, for this blog, I’ll just focus on radiation dermatitis, or radiation burns. 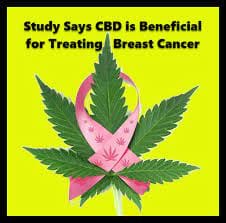 If these symptoms become too severe, doctors stop treatment to let the skin heal. Then it starts again.

Turns out, cannabis might just be the thing. Anyone who has undergone radiation treatment knows that at about three weeks into it, the burning starts. Beyond burning, a patient also deals with blistering, increased appearance of aging, dermatitis and sensitivity to sunlight.

In general, doctors recommend aloe vera or other creams to help soothe the burning from radiation. As most cancer survivors know, however, they don’t do the trick. At Lost Remedy, we created the Burn Formula, CBD topical that specifically prevents burning a radiation treatment side effect.

The best CBD topicals for radiation burns have several properties. Pure, organic aloe vera gel is the basis for the soothing, burn-relieving formula. Added protein and vitamin-rich avocado oil are combined with carefully selected essential oils and organic, hemp-derived CBD oil to complete the package. The simplicity of this formula translates to instant, cooling relief.

The way to prevent burns is to apply the CBD topical to skin surrounding the area of radiation, because the effects of radiation will go beyond the actual treatment area. Apply the cream as soon after radiation treatment as possible. If needed, apply several hours later. Very important: make sure that the area to be treated with radiation is clean and free of any residue before the next treatment. Also, apply to the area on days you don’t have radiation.

How do CBD Topicals work?

Our bodies already contain cannabinoid receptors, (CB1 and CB2) which we produce on our own. This phenomenon was first discovered in a 2003 study published in the Journal of Neuroreport. It reported that exercise of moderate intensity activates the endocannabinoid system (ECS), which we all have. The ECS and its receptors maintain homeostasis, or balance in our bodies.

Further study by Ananya Mandal, MD, has shown that, “Cannabinoids exert their effects by interacting with cannabinoid receptors present on the surface of cells in different parts of the central nervous system.”

In short, CBD can aid in faster healing because topical application activates the CB1 and CB2 receptors in the area of the burn. Remember, the receptors’ job is to help maintain balance. Cannabinoids, or CBD, activate the CB receptors in the skin. Applied topically, the CBD burn relief cream efficiently and effectively causes the ECS response that triggers repair. Although CBD on its own is a powerful anti-inflammatory, when combined with carrier and essential oils, its power multiplies, helping to target the area with pain-relieving penetration. Some of those essential oils are cooling agents that also help soothe the burn. Look for this combination of oils when you buy CBD radiation relief cream, because it hydrates and helps soothe the skin, reducing burning.