A cancer diagnosis can be a blow. At the same time, it’s not the death sentence it had been in the past. Cancer treatment, however, isn’t a walk in the park either. Brenda went into her cancer treatment with eyes wide open. At the outset of her radiation therapy, she applied Lost Remedy Burn Formula.

She contacted us toward the end of her therapy saying, “I want to share that I am just finishing up on my radiation treatment. 3 LEFT! I saw my radiation oncologist today and he said, ‘I don’t want to diminish your experience or anything that you are feeling… you are going through this, not me. But… your skin looks REALLY good!! It does. I know that it could be SO much worse. I Googled radiation dermatitis and have seen the horrific photos. So I want to thank you for this amazing product.” 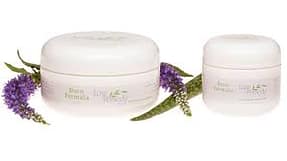 Radiation therapy uses X-rays to destroy cancer cells. At the same time, it also destroys healthy cells, which can cause skin problems. However, everyone responds differently to radiation treatment. Plus, the amount of radiation you receive is a factor in the severity of side effects.

If these symptoms become too severe, treatment is usually stopped to let the skin heal. Then it starts again.

Can you avoid radiation burn?

In general, doctors recommend aloe vera or other creams to help soothe the burning from radiation. As most cancer survivors know, they don’t do the trick. At Lost Remedy, we created the Burn Formula, a CBD topical specifically to prevent radiation treatment side effects.

The best CBD topical for radiation burns have several properties. Pure, organic aloe vera gel is the basis for its soothing, burn-relieving formula. Added protein and vitamin-rich avocado oil are combined with carefully selected essential oils organic and hemp-derived CBD oil to complete the package. The simplicity of this formula translates to instant, cooling relief.

The way to prevent burns is to apply the CBD topical to skin surrounding the area of radiation, because the effects of radiation will go beyond the actual treatment area. Apply the cream as soon after radiation treatment as possible. If needed, apply several hours later. Very important: make sure that the area to be treated with radiation is clean and free of any residue before the next treatment. Also, apply to the area on days you don’t have radiation.

Why does radiation burn respond to CBD topicals?

CBD is known to work with an already present endocannabinoid system (ECS) in our bodies that maintains homeostasis or balance. Here’s how they work. Two receptors, CB-1 and CB-2, travel the body and endocannabinoids bind to them. There are many enzymes in the body, but two in particular break down cannabinoids. They are arachidonylethanolamine (AEA), nicknamed anandamide from the Sanskrit word for bliss, and 2-arachidonylglycerol (2-AG).

CB-1 is found mostly in the nervous system and brain. CB-2 is found outside the brain and tends to monitor and regulate the immune system. Both are found throughout the skin. Once enzymes break down the cannabinoids, the resulting endocannabinoids search for receptors to bind with and help maintain balance.

CBD is also an anti-inflammatory, analgesic and antioxidant. Applied topically, it efficiently and effectively causes the ECS response that triggers repair. Although CBD on its own is a powerful anti-inflammatory, when combined with carrier and essential oils, its power multiplies, helping to target the area with pain-relieving penetration. Some of those essential oils are cooling agents that also help soothe the burn. Look for this combination of oils when you buy CBD burn cream, because it hydrates and helps soothe the skin, reducing burning.